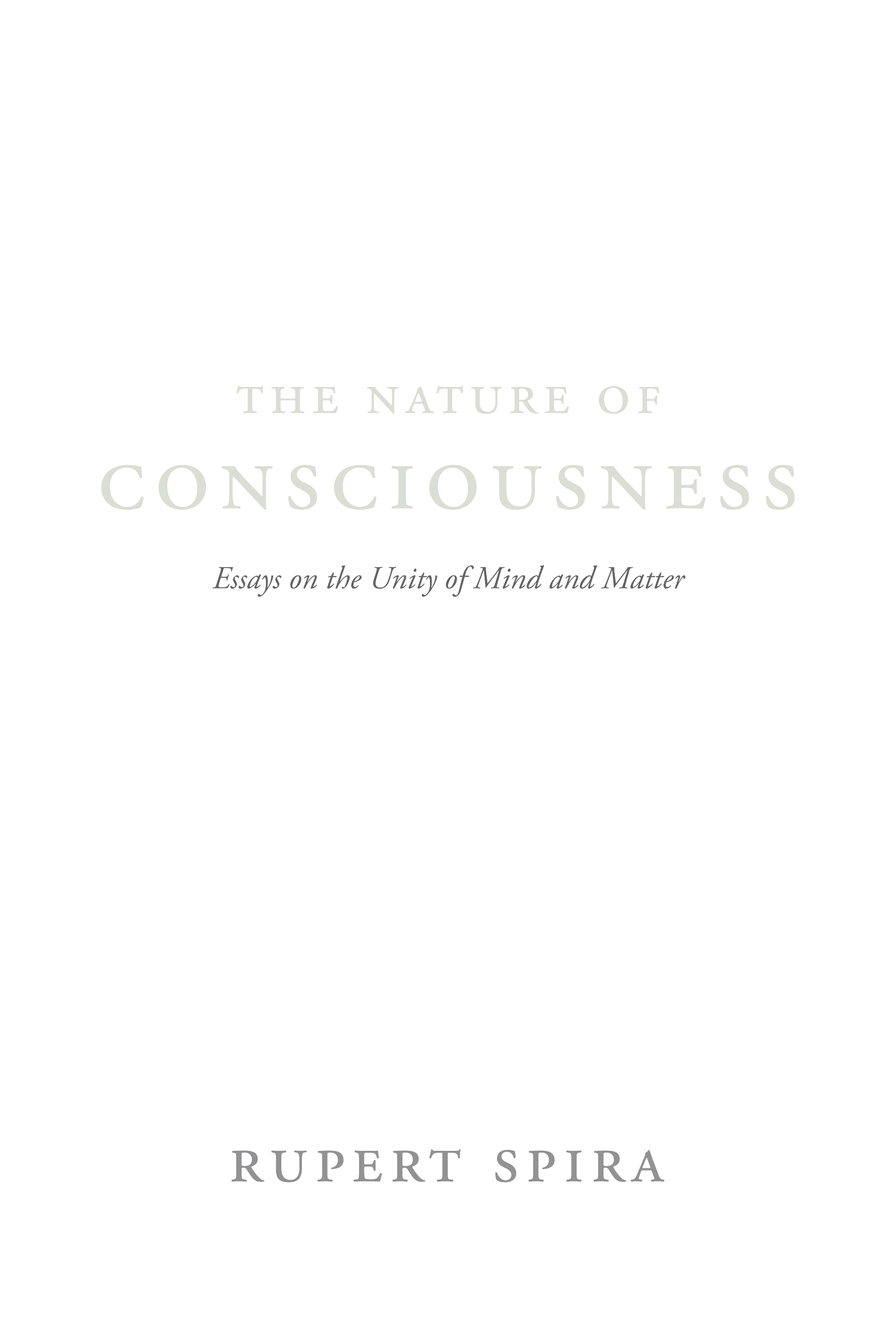 The Nature of Consciousness

essays on the unity of mind and matter

Paperback book of essays featuring a foreword by Deepak Chopra and afterword by Bernardo Kastrup. 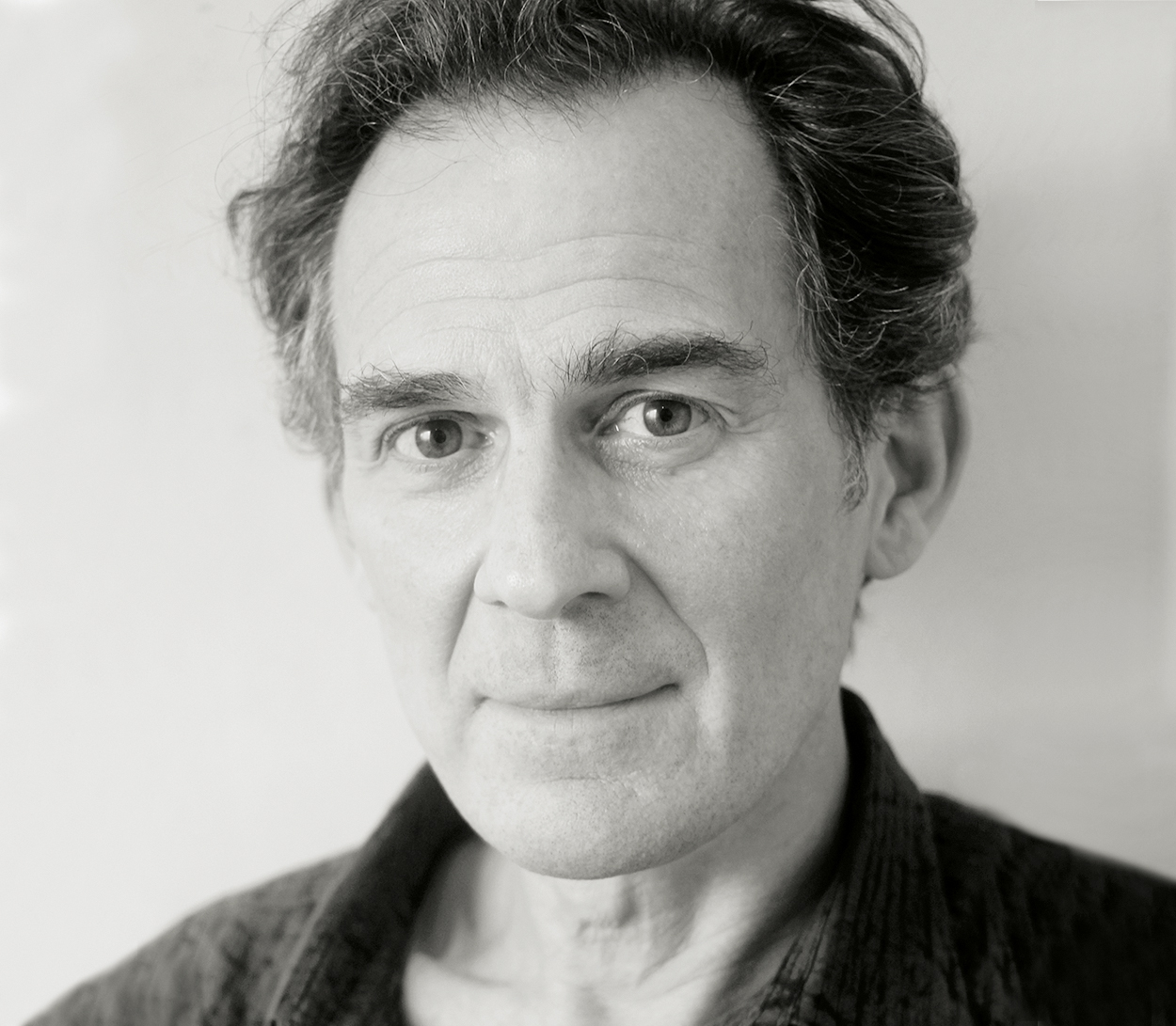 ‘The materialist paradigm is a philosophy of despair and conflict and, as such, the root cause of the unhappiness felt by individuals and the hostilities between communities and nations.’Rupert Spira

Our world culture is founded on the belief that consciousness is derived from matter, giving rise to the materialistic assumption that informs almost every aspect of our lives and is the root cause of the suffering within individuals, the conflicts between communities and nations, and the degradation of our environment. The Nature of Consciousness exposes the fallacy of this belief and suggests that the recognition of the presence, the primacy and the nature of consciousness is the prerequisite for any new paradigm that is to address these issues at their core.

'I’ve gained deeper understanding listening to Rupert Spira than I have from any other exponent of modern spirituality. Reality is sending us a message we desperately need to hear, and at this moment no messenger surpasses Spira and the transformative words in his essays.’
– Deepak Chopra, author of You Are the Universe, Spiritual Solutions and Super Brain

'Rupert Spira guides his reader on a delightful journey of discovery that uncovers and reveals what the Kashmiri Masters have called “the greatest secret, more hidden than the most concealed and yet more evident than the most evident of things”, and that is consciousness itself. Rupert deserves to be congratulated for the clarity and sensitivity with which he presents the teachings of the ancient and modern Masters concerning consciousness, and his own deeply personal experience, in such a way that it can be both easily understood and applied.’
– Mark Dyczkowski, author of The Doctrine of Vibration: An Analysis of the Doctrines and Practices of Kashmir Shaivism

'In these essays, Rupert Spira cracks the shell of materialism by elucidating the “calamitous assumption that lies at the root of our materialistic culture”, and he artistically and persuasively leads us to the universal antidote: the realization of the primacy of consciousness. As a scientist, I very much appreciate Rupert’s pointing out that scientists will never truly succeed in their exploration of the world until they successfully investigate the nature of the subject known as “I”.’
– Paul J. Mills, Professor of Family Medicine and Public Health, University of California, San Diego

'The Nature of Consciousness is a major contribution to our understanding of who we are. This is a book which I am sure will become one of the great classics of our time. Please read it, because as we evolve we will all need to understand non-duality.’
– Peter Fenwick, Neuropsychologist and author of The Art of Dying and The Truth in the Light: An Investigation of Over 300 Near-Death Experiences

From an early age Rupert Spira was deeply interested in the nature of reality. At the age of seventeen he learnt to meditate, and began a twenty-year period of study and practice in the classical Advaita Vedanta tradition under the guidance of Dr. Francis Roles and Shantananda Saraswati, the Shankaracharya of the north of India.

During this time he immersed himself in the teachings of P.D. Ouspensky, Krishnamurti, Rumi, Ramana Maharshi, Nisargadatta and Robert Adams, until he met his teacher, Francis Lucille, in 1997. Francis introduced Rupert to the Direct Path teachings of Atmananda Krishnamenon, the Tantric tradition of Kashmir Shaivism (which he had received from his teacher, Jean Klein), and, more importantly, directly indicated to him the true nature of experience. Rupert lives in the UK and holds regular meetings and retreats in Europe and the USA.

Please select your location from the options below. US sales are handled by Amazon USA. UK, Europe and Rest of World sales are sold directly by Sahaja Publications. Shipping costs will be calculated and shown upon checkout.

Please select your location from the options below. Shipping costs will be calculated and shown upon checkout.

US and worldwide deliveries